Wanting to compete more aggressively for design/build projects and enhance its growth in this market, our client formed a new business unit focused on this delivery method. Working closely with the company’s Chief Executive Officer on this search, we were able to secure a professional who has aggressively grown the design/build unit from zero staff to more than $100M in projects wins in his first 20 months.

Our client is a private equity owned specialty contractor that has been in operation for more than 50 years with divisions across the Mid-Atlantic and Southeast U.S.

To compete more aggressively with peer organizations that were advancing within the design/build sector, our client sought to establish a new business unit dedicated to this project delivery method. As an organization that was already highly respected in other traditional project delivery methods, establishing themselves as a true design/build partner would only further diversify their business and create more opportunities for growth. To support their initiative, they retained us to attract and secure the organization’s first President of Design/Build.

Because our client is in a highly specialized industry where there are few peer organizations regionally and nationally that are advanced in design/build on large projects, the potential candidate pool from similar organizations was inherently limited. Realizing this, the company was open to candidates from other venues within the broader construction industry, which provided us the opportunity to expand a limited pool of potential sources to a variety of construction executives who had design/build expertise.

The core focus in our search for candidates was design/build expertise and experience, which is easily quantifiable based on a candidate’s prior work and results. However, with the selected executive being tasked with starting a new division, there were many intangible skills that were also necessary.

The President would be tasked with building and growing the division over a three- to four-year period. For that to happen, the selected executive would need to be aggressive and resourceful, as well as be in right stage of his/her career. We also sought someone who was entrepreneurial, capable of building a team, developing a strategy and a business plan, and leading a hands-on effort to rebrand and connect with the company’s existing client-base about a new service offering.

The company’s long-time Chief Executive Officer was the hiring manager for the search. We worked closely with him, as well as members of the board and others with private equity ownership.

To find the right candidate, we developed a strategy that focused on a source pool made up of our client’s peer organizations, such a specialty contractors, general contractors, program/project management firms, architectural/engineering entities, and engineering/procurement/construction companies.

After a comprehensive search, we were able to secure a highly respected executive who was with one of our client’s major competitors that was considered the leading design/build firm in their specific field. The individual was operating in the same geographic market as our client for several years and, therefore, had longstanding client relationships and a track record for success that could be immediately translated to the President role.

When assessing the candidate during the recruitment process, he was endorsed by many of his existing/prior clients as one of the best executives in his field. Once engaged in interviews with our client, it was clear that he possessed the tangible design/build expertise and the intangible leadership and entrepreneurial abilities that would position him well for success, even within a relatively short period of time.

The candidate began his role with our client in December of 2015, and during the past 20 months (the time of developing this case study), he has aggressively grown the design/build unit from zero staff and backlog to a business with multiple members, more than $100M in project wins, and many other opportunities in the pipeline. 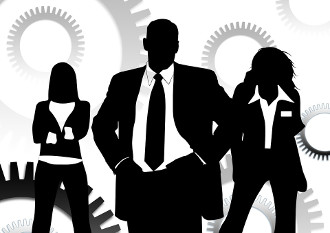 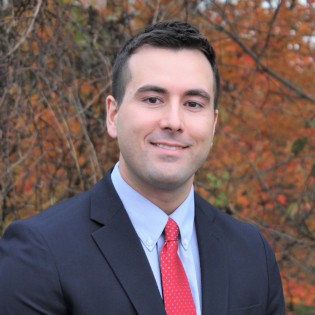 Contact Tom Dunn to learn more about this search and our experience in securing executives for key leadership roles within construction and engineering firms.

U.S. Higher Education Construction Shows No Signs of Slowing Down

Management Style is the Crux to Design & Construction Team Success